All Roads Lead to Tourism Fair

Today, Belgrade Fair has announced the program of its forthcoming 42nd Belgrade International Tourism Fair complete with its accompanying events.

Speakers at the conference were: CEO to Belgrade Fair Danka Selic, HE. Amr Aljuwaily, Ambassador of the Arab Republic of Egypt to Serbia, State Secretary at the Ministry of Trade, Tourism and Telecommunications of the Republic of Serbia Miroslav Knezevic, and Tourism Fair Project Coordinator Dragan Zecevic.

Under the slogan “Hit the Road”, the halls of Belgrade Fair will host the largest and the most significant tourism event both home and in Southeast Europe between 20 and 23 February 2020, a fair with its long tradition, regional reputation enjoyed by many participants and visitors alike.

As a modern European commercial fair, the event continues to grow and thus contributes to the development and promotion of tourism in an authentic and creative way. Its high organizational level has attracted even larger numbers of exhibitors and business visitors, for which reason we are expecting to see our devoted audience during the course of these spectacular four fair days.

“We hope that this year’s fair will meet everyone’s expectations, but also break the record in the number of visitors and entered business arrangements,” Danka Selic said.

State Secretary at the Ministry of Trade, Tourism and Telecommunications of the Republic of Serbia Miroslav Knezevic, pointed out that tourism in Serbia was becoming a drive of economic development of the whole country, and stated that more than 3.5 million tourists had visited Serbia a year before and that there had been more than 10 million overnight stays. He also pointed out that Belgrade Tourism Fair was one of the biggest tourist events not only in Serbia, but in this part of Europe as well, thus attracting more and more visitors year after year, for which reason it had become a place where even more business arrangements were being entered into.

According to Mr. Knezevic, around 150 business meetings will be held at this year’s Belgrade fair, therefore such meetings, he adds, will lead to concrete results in tourism industry.

“Serbia is well positioned on the international market, meaning that such events allow tourism to flourish and thrive even more. Tourism is becoming a drive of Serbia’s economic development, for which reason the Ministry will do its level best to provide even more manifestations and tourist offers in our country,” Mr. Knezevic further explained.

The partner country at this year’s Tourism Fair is Egypt, and HE. Amr Aljuwaily, Egypt’s ambassador to Serbia, said that relations between the two countries had become stronger in recent years especially in the fields of politics, economy and tourism.

He also pointed out that three Serbian cities have signed co-operation agreements with three Egyptian cities, and laid special stress on the fact that Air Serbia provides direct flights to Cairo and Hurghada, and added that one more airline was being expected to open for Sharm el-Sheikh.

“Following the Book Fair, this year’s Tourism Fair is yet another opportunity to build and strengthen relations between Serbia and Egypt,” Aljuwaily said, adding that by providing direct flights, the citizens of Serbia will be able to reach the country where the sun shines for 365 days, and that Egypt’s 10 million people will also have the opportunity to become more familiar with Serbia.

The Egyptian ambassador presented his country to reporters in Belgrade, saying that anyone who chooses to visit Egypt will have the opportunity to learn more about Egyptian history, lifestyle, cuisine and explore the Red Sea. According to ambassador’s words, more and more citizens of Serbia are opting for Egypt as a tourist destination, which, he says, is backed by the fact that ever since 2018 there have been 250 percent more visa applications compared to previous years.

Tourism Fair Project Coordinator Dragan Zecevic said that Slovakia and Kenya would be attending the fair for the first time this year.

For all those who are looking forward to the summer of 2020, the Tourism Fair is just the right place that encourages new journeys and reveals new destinations that are being promoted in Serbia, therefore visitors can become more acquainted with the comprehensive and premier offer of popular resorts and hotels that will allow them discounts, compare prices and decide on their ideal holiday. 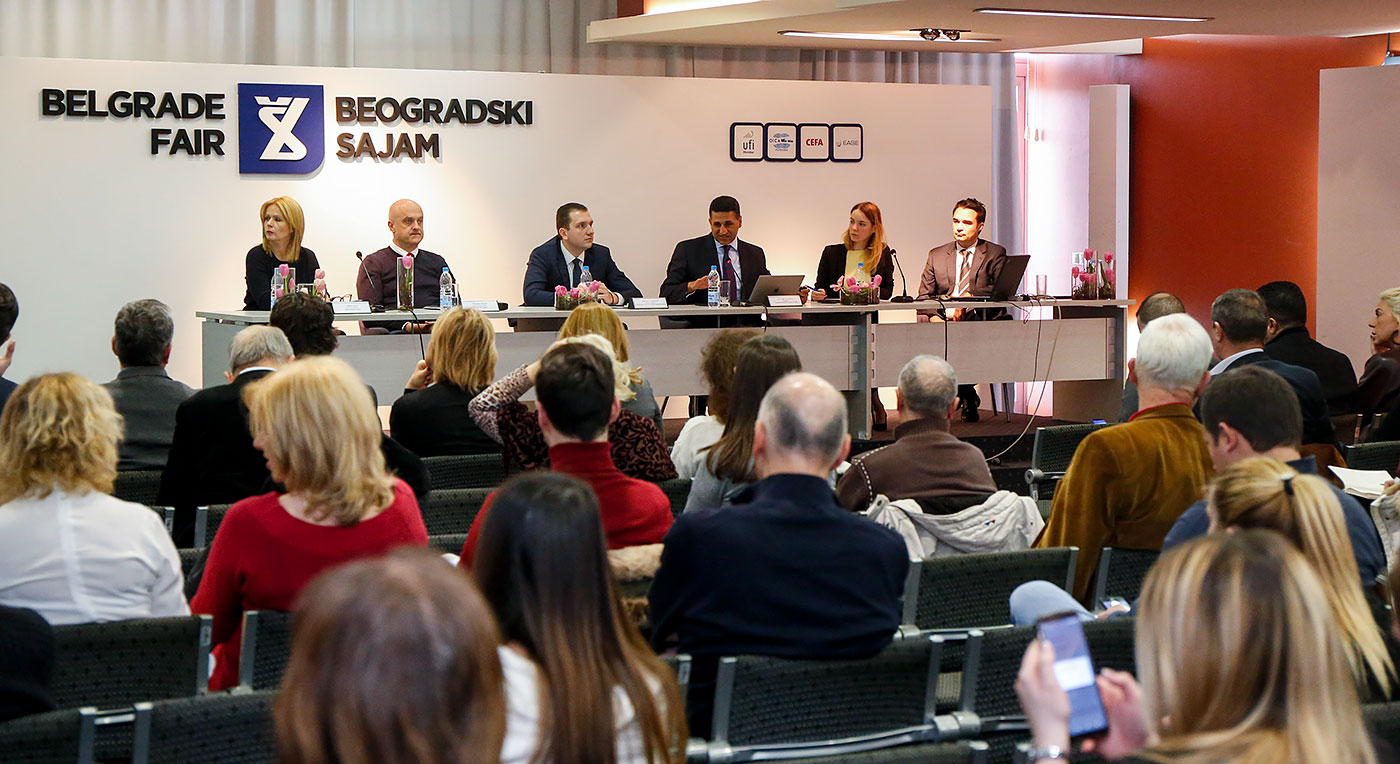 Discounts at Tourism Fair will be ranging between 5% and 50%, depending on travel agency and destination, whilst visitors will be able to choose trips that will suit their needs: attractive first minute summer travel deals, arrangements for the current winter ski season, rest and recovery in spas and mountains, family trips, youth trips – youth tourism, spa weekends, distant, exotic destinations, cruises, city break offer, congress events …

Traditionally, in parallel with the Tourism Fair, another three renowned fair events will be taking place as well, which grow year after year in both the scope and numbers of participants: The 11th International BeoWine Fair, 16th HORECA-EQUIPMENT International Hotela and Catering Equipment Fair and 16th “Visit Serbia“ Fair.

At this year’s Tourism Fair, Belgrade Fair will continue to realize the Hosted buyer program and numerous B2B activities and organize the arrival of professional tourism representatives and customers from the region, Europe and the world, who have been successfully operating in tourism industry for many years. Organized in cooperation with business partners of the Tourism Fair, Serbian Chamber of Commerce and European Entrepreneurship Network, the B2B business portal is available and intended for registration of both exhibitors and business visitors and their networking at the fair.

Visitors to the Tourism, Wine, Catering and Souvenir Fair, aside from exclusive trade fair discounts, travel and vacation destinations, will also enjoy flavors and aromas of gastronomic offers, specialties of this region, as well as tastings of the best wines, brandies, drinks, and souvenirs from across Serbia.

We are kindly inviting you to come and help us send the most beautiful picture of Belgrade Fair to the world in the days before us and become more acquainted with each other at tourism, wine and hospitality fairs!