Angola – discover the charms of this part of Africa

For the first time at the Tourism Fair, visitors will have the opportunity to get acquainted with Angola tourism.

The Republic of Angola is located in southwest Africa with access to the Atlantic Ocean.

Luanda, the capital and largest city of Angola, is home to one third of the total population lives characterized by accelerated development. The continental city of Lubango is in the south of the country, and Benguela is one of the most popular summer resorts. Benguela is also home to the most famous Angolan cathedral, the Catedral de Benguela.

In Luanda, special mention must be given to the beaches of Ilha do Cabo, Mussulo, Palmeirinhas, Corimba and Santiago. In Benguela there is Morena, Restinga, Caóta, Caotina, Baia Azul and Baia Farta and finally in Namibe, two more, Das Miragens and Azul.

The road of happiness (Estrada de Felicidade) leads to the sandy shores of the Atlantic Ocean, which, except for swimming, are suitable for driving jeeps. The beaches are long, sandy, neat and well equipped, with a large number of coastal resorts.

In many places, tourists can see one of the symbols of Angola, the Royal Poinciana tree, which is characterized by bright red leaves. The people of Angola are hospitable and cheerful.

Although the climate is such that the beaches can be visited all year round, it is in fact during the hot season that they are most frequented. The bars all filled and the local music and dancing nights. provide an animated and exotic atmosphere that mixes well with the African mystery. 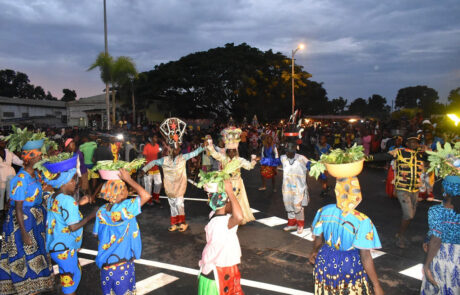 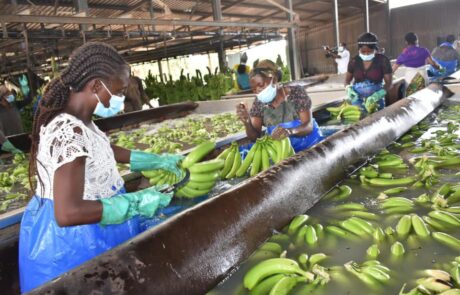 Although Angola is located in a sub tropical zone, its climate is not typical of such areas due to the following factors the interior. The influence of the Namibe desert, situated southwest. As a result Angola has its The cold current from Benguela running along the southern part of the coast. The highlands in own specific climate, with two distinct seasons, the rains, from October to April and the mist or “Cacimbo” from May to September, a much dryer season with lower temperatures.

The orography and the climatic characteristics of the land provide Angola with a vast diversity of animal and vegetable species. In Cabinda, there is dense, humid forestland, rich in exotic woods and the natural habitat of gorillas. South of Zaire, in the basins of Kwanza, Kuango, Cuito and the tributaries of the Cassai can be found savannah forestland. On the elevated plains, the open forestland provides a natural habitat for those species normally to be found in such regions. Further South is the desert area of Namibe. A vegetable species known as Welwitshia Mirabilis and unique in the world, grows here.

The red tone of the land, the blue of the sky, the other blue of the sea and the green here and there give olour to the semi-arid areas where one can find “imbondeiro and candelabro cactus”, enchant the senses and turn the South region of Luanda into an unusual and unexpected picture of beauty.

Discover Angola this March at the Belgrade Tourism Fair!