The 42nd Tourism Fair Has Finished

The 42nd Belgrade International Tourism Fair is completed in a fantastic atmosphere in the manner of the most successful and largest tourist event in the region.

Along with the accompanying events: the 11th International BeoWine Fair, the 16th International HORECA-EQUIPMENT Hotel and Catering Equipment Fair, and the 16th Visit Serbia Fair, the event itself provided the best overview of trends in tourism industry, and thus opened up new perspectives in the development of this business field.

The fair, with its long tradition, regional reputation and trust enjoyed by many participants and visitors, showed why it is one of the most successful events of Belgrade Fair and a trademark of the City of Belgrade.

This year, the fair attracted an even greater number of exhibitors, business visitors from across the globe, as well as the broadest audience and travel lovers followed by high organization and high professional approach to organization.

More than 700 direct exhibitors and co-exhibitors from 40 countries presented themselves under the slogan “Hit the Road” in the halls of Belgrade Fair, i.e., they presented their travel deals and accommodation capacities, culture and customs, wines and specialties. Together with business guests, a total of 44 countries were present at the fair. Moreover, over 900 exhibitors and 66,784 visitors participated at all four events.

For the first time this year, Slovakia, Dominican Republic and Kenya presented themselves at the Tourism Fair. Georgia, which made its first appearance at the Wine Fair, also held a tourism presentation for the media, travel agencies and important guests entitled “GEORGIA – TRAVEL DESTINATION”. Representatives of this country announced even more participants at the next tourism fair. 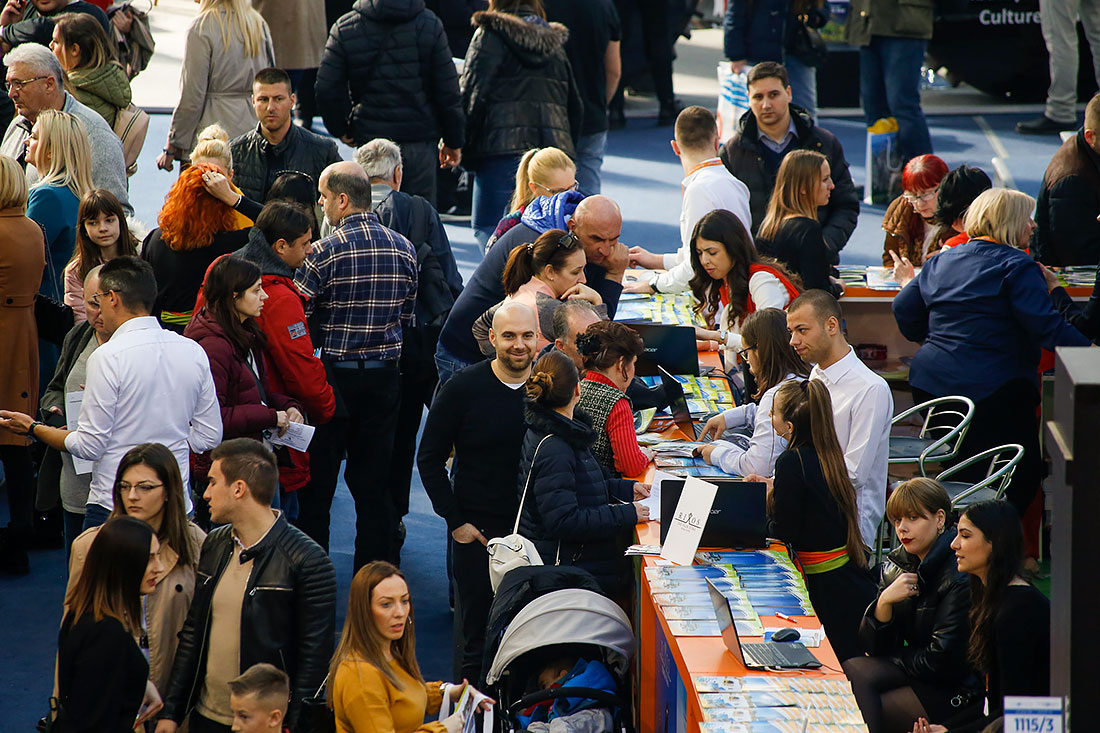 This year’s fair was opened by Rasim Ljajic Deputy Prime Minister and Minister of Trade, Tourism and Telecommunications with the message that 2020 will be a year of reforms and new investments in Serbian tourism.

The partner country of this year’s Tourism Fair was the Arab Republic of Egypt, for which reason hall 1 at Belgrade Fair presented their many trump cards to interested visitors at a large exhibition stand. Through this partnership, Serbia and Egypt continue to promote otherwise close tourism co-operation. The two countries’ tourism ministries have entered an understanding agreement, are engaged in a joint economic committee and a joint business council, and have entered three co-operation agreements between the six cities of Egypt and Serbia.

Last year’s most significant novelty at Tourism Fair, the B2B Business Portal, introduced in cooperation with business partners by the Serbian Chamber of Commerce and the European Entrepreneurship Network, gained full significance this year in connecting participants at the fair whereby around 9,000 profiles were viewed. This year, aside from the portal, a special space has been set aside for organization of B2B Meetings between business visitors and exhibitors, as well as between exhibitors themselves. The meetings were held in a special area in Hall 1, with the largest number of meetings held by professional buyers – representatives of travel agencies from abroad, who came in an organized manner at Belgrade Fair. During the course of first two days of the fair, over 300 meetings were held at B2B Meetings, as well as a large number of meetings at exhibitors’ stands and at the Business Lounge. 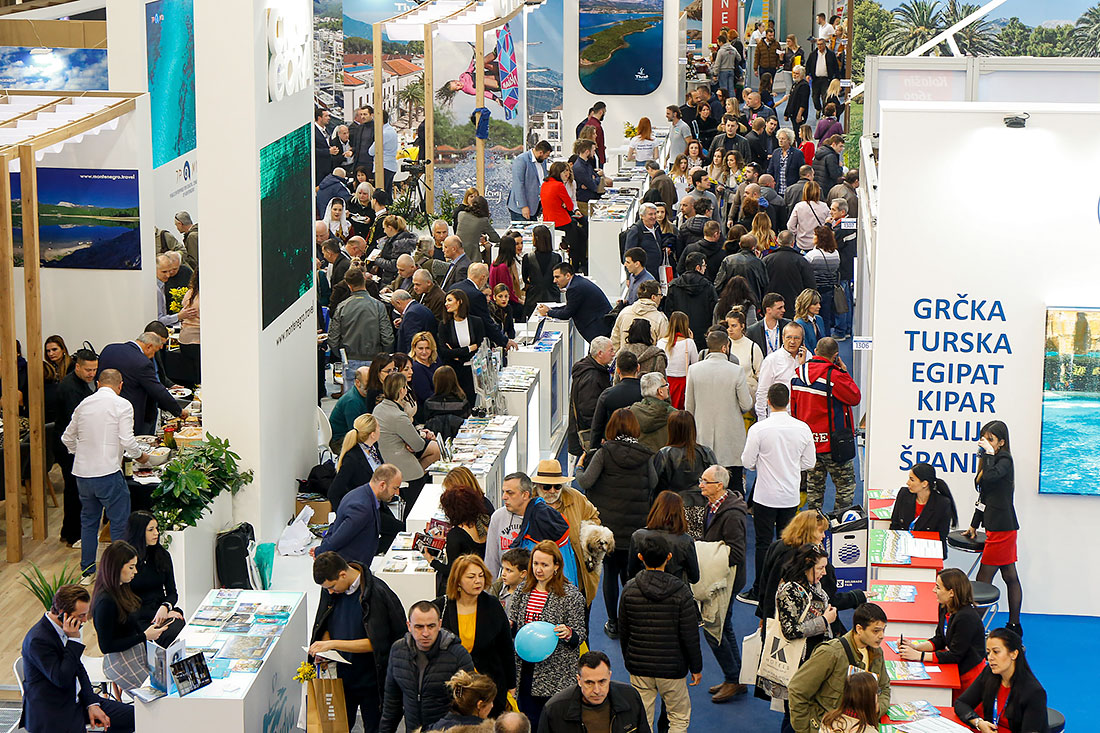 The trend of increased number of visits continued, and according to the results of the surveys, as well as based on direct discussions with exhibitors, a significant shift was made this year in terms of business visit as well, therefore many business guests were coming from the United States, Georgia, Lebanon, Kuwait. Singapore, UK etc.

Serbia, the host country of Tourism Fair, presented all the best and the latest trends in Serbian tourism at the fair. The exhibition stand in Hall 4 followed by performances by tourist organizations and cities, promoted sights, local accommodation, Serbian culture, customs and souvenirs. Traditionally, during the Tourism Fair of Serbia, the Tourist Organization of Serbia (TOS) also organized the 16th Souvenir Fair called “Visit Serbia”, where visitors could see and buy souvenirs from all regions of Serbia across 30 exhibition stands.

In order to promote all types of tourism, this year‘s Belgrade Fair specifically presented youth, urban/adventure and event tourism in hall 1A, which significantly participate in the total tourist movements in the world. The audience at the fair was attracted by the presentation of live knightly fights in a specially built space organized by the White Eagles Association. This association is preparing a new medieval spectacle for the MASTERS tournament (Time of Kings) of the HMB Sport, which is set to take place in Hall 2 of Belgrade Fair from 2 to 3 May 2020.

Apart from travel agencies, hall 2 at level A hosted insurance companies, faculties, colleges engaged in the field of tourism and hospitality industry.

Halls 3 and 3A hosted BeoWine Fair followed by participation of over 130 exhibitors from across 14 countries. Furthermore, wines of Georgia were presented for the first time, as well as wines from Italy, Germany, France, Croatia, Slovenia, Bulgaria, North Macedonia, Montenegro, Poland, Austria, Turkey and Bosnia and Herzegovina.

Halls 2B and 2C hosted an exhibition of state-of-the-art hotel and catering equipment at the HORECA-EQUIPMENT Fair, featuring 62 exhibitors from Serbia, Croatia, Italy and Greece. 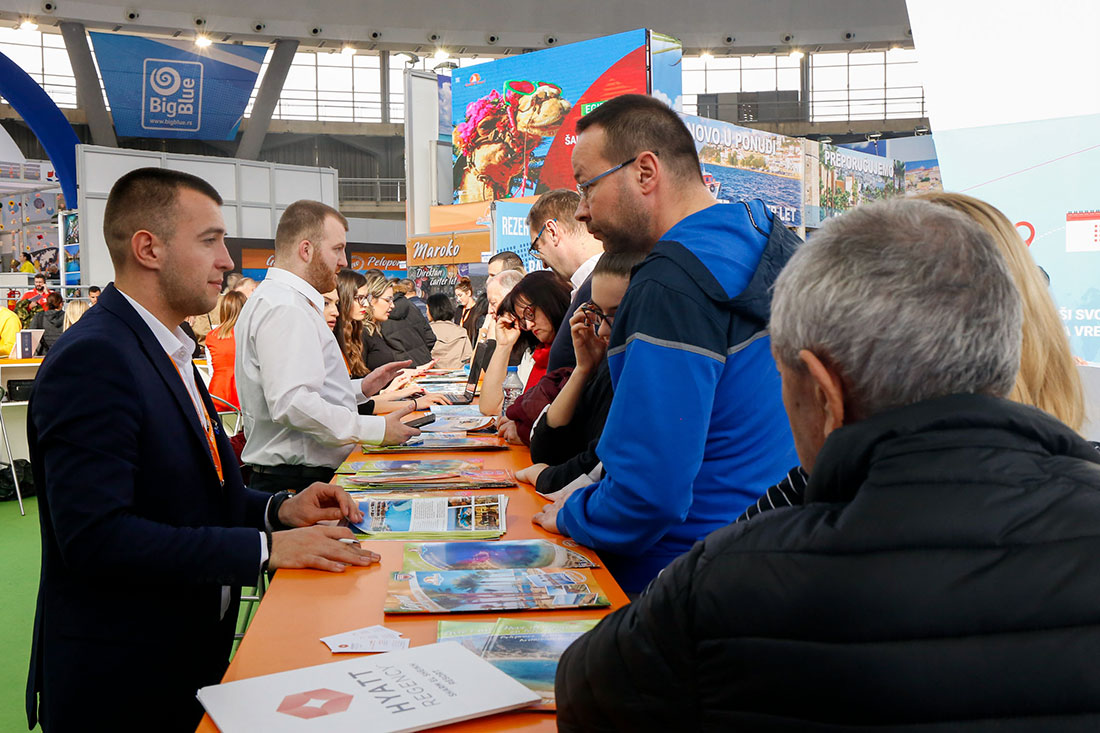 This year’s fair was also marked by an extremely comprehensive accompanying program, with all-day events, guest appearances by renowned experts and lecturers. A lot of interactive contents, presentations, promotions, conferences, tastings made this great fair event equally attractive for both business visitors and the general public.

The attractive multimedia event provided visitors with the unique opportunity to book summer season arrangements, taste wines and gastro specialties from different regions and parts of the world followed by exclusive fair benefits.

Over the course of four fair days, Belgrade was a tourist center and a city of cosmopolitan spirit, which resulted in a great interest of general public and media representatives of Tourism Fair, as well as numerous accompanying events, promotions, presentations and conferences, significant number of announcements, contributions, interviews and reports from the event itself in both digital and print media.

Approximately 1,000 journalists from twenty countries have been accredited.

We would like to thank your media house and yourself personally for being a part of our event and for making a significant contribution to reporting the public that nurtures a special attitude towards our event as an irreplaceable tourist event.