The Tourism Fair – once again a place of encounters

Continuing where the most successful Tourism Fair 2020 left off, held just before the beginning of the global health crisis, this years’ 43rd International Belgrade Tourism Fair was the first large tourist event in the region and has shown that tourism is an adaptable industry, and the Fair with an exceptional organization, is of great importance for regional and international connection with which we may overcome the current challenges.

The Tourism Fair and the following events was visited by 32.115 visitors this year.

Already the first day the Tourism Fair has shown a great interest of visitors for the entire fair experience, which this event brings, with the traditional interest for tourist travels, first minute offers and the arrangements which the travel agencies and tour-operators have made especially for the visitors of the fair. The information regarding exclusive fair prices, benefits packages and all current events as well as travelling conditions was on the very first day sought by 7.833 visitors.

During the first two days of the Tourism Fair, which are now regularly reserved for economy, business contacts and the media, the fair was visited by many guests from abroad and the country, as well as a large number of media and foreign reporters.

A great interest was shown for offers regarding domestic tourism, for tourist capacities and destinations in Serbia, and Serbia was also the greatest inspiration of this years’ Tourism Fair

Speaking about the current state in the Serbian tourism industry at the ceremonial opening of the event, the Minister of Trade, Tourism and Telecommunication in the Government of the Republic of Serbia, Tatjana Matic has pointed out the fact that Serbia is “despite global challenges, when the world is neither stable nor peaceful, still on an upward trajectory of not only recovery but further development as well”.

The slogan of this years’ Tourism Fair “Between Mountains and Seas” has best followed the trend of travel lovers which shows that, besides the traditionally popular sea destinations, tourism in the last couple of years was completed by the wish of people to enjoy mountain tourism, nature, the fresh air and numerous cultural, gastronomic and active tours as well. With the exclusive fair prices, first minute offers and packages with many benefits, various possibilities of choice were promoted at the fair: family travel, far away exotic destinations, travel for young people, city break, vacation and rehabilitation in spas, spa weekends in the mountains, eco and active tourism, congress events…

The Tourism Fair was attended by over 400 participants from more than 25 countries around the world: Greece, Turkey, Montenegro, Tunisia, Egypt, Bosnia & Herzegovina, Bulgaria, North Macedonia, Romania, Hungary, Slovakia, and individually exhibitors from Albania, Croatia and Slovenia.

For the First time this year visitors were exclusively presented four new, and globally famous, top notch destinations: the exotic Malaysia, the dreamy Maldives, the Democratic Republic of Sao Tome & Principe, which is composed of two islands in the Gulf of Guinea in central Africa, as well as Angola, and exceptional destination the lovers of long sandy beaches.

Next to extraordinary participants and guests from around the world, over 40 domestic tour-operators has participated in the Tourism Fair.

The Tourist Organization of Serbia has presented the new brand of Serbia as a tourist destination – “Serbia. Experience!” which was developed in cooperation with the national platform “Serbia creates”, and the four days of the fair were the beginning of the performance under the new brand.

In Hall 4 TOS, TOB have exhibited as well as over 100 tourist organizations of cities and municipalities with various spa, mountain tourism and Serbian destination offers.

All the newspaper done in the recent period were displayed at the fair, in order to enhance our tourism potentials and adapt to the demands of the guests and tourists in the newly formed situation.

The Tourism Fair was, as it should be, a fair of encounters. By organizing a round table with representative of local tourist organizations, TOS as a host at the gallery of its stand in Hall 4 has initiated mutually promotional activities at the domestic and regional markets. The Fairs’ round table has shown to be the best place for opinion exchange and for making of plans for upcoming periods.

At the stand of the Tourist Organization of Belgrade the new promotional campaign for 2022 was presented as well as the premiere of series of new tourist films about Belgrade, which in a unique way highlight the most significant tourist attractions of our city, the culture, history and way of life.

The Secretariat for Commerce of AP Vojvodina has at the stand in Hall 1 organized a whole day of presentations of sites of Vojvodina along with the monasteries of Fruska Gora and the nurturing of richness of diversity, multiculturalism, especially in the area of digital agriculture, the IT sector, but also Vojvodina as a tourist region to which people often gladly return to. One of the most noticed novelty was the announcement of the new, first international hybrid event of recreational e – cycling in Serbia – Tour de Fruska, which will contribute to an event better positioning of Fruska Gora on the tourist market.

This year as well at the Tourism Fair the Belgrade Fair in cooperation with the Chamber of Commerce of Serbia and the European network of Entrepreneurship, has realized the B2B business program, and at the exceptionally active B2B platform around 4500 views were recorded and over 370 business meetings were scheduled in a specially designed B2B Meeting room space in Hall 1. A large number of meetings was held at the exhibitor stands as well.

Around 50 large buyers and media representatives from abroad, which was brought by the Belgrade fair with the goal of improvement of business arrangements, has visited the Tourism Fair. Buyers have come from Turkey, Hungary, Switzerland, UAE, North Macedonia, Croatia, Bosnia and & Herzegovina, Bulgaria, Romania, Slovenia, Italy, Greece, Montenegro, Albania and other.

During the Tourism Fair Belgrade has offer a trip around the world in 4 days, and the capital was the tourism center of the region.

The guests and participants of the Tourism Fair have congratulated the Belgrade Fair this grand jubilee – 85 years of existence and evaluated that this years’ event was successfully organized, with a large number of participants from around the world in very complex and hard circumstances of the tourism-catering industry business.

Until the Tourism Fair 2023 we remain on the path “Between Mountains and Seas”. 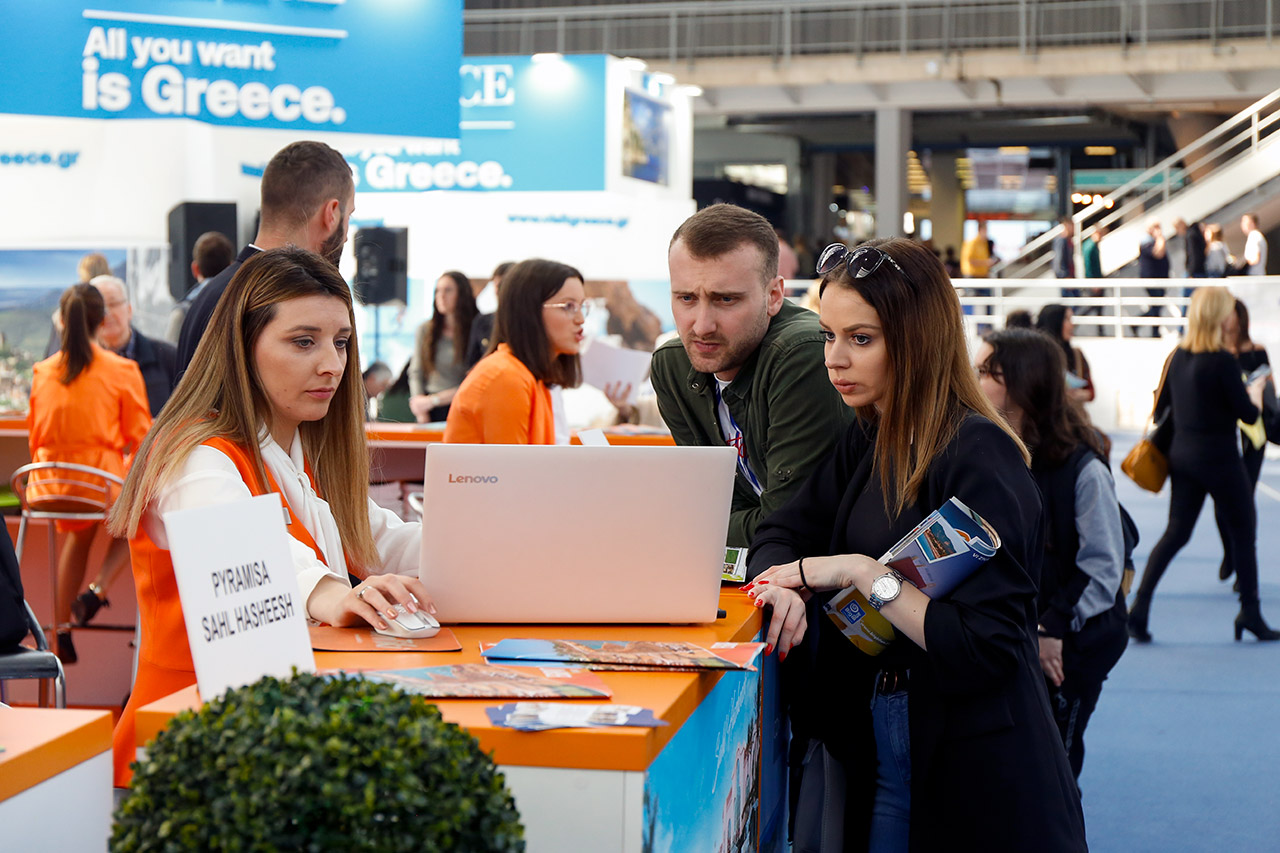 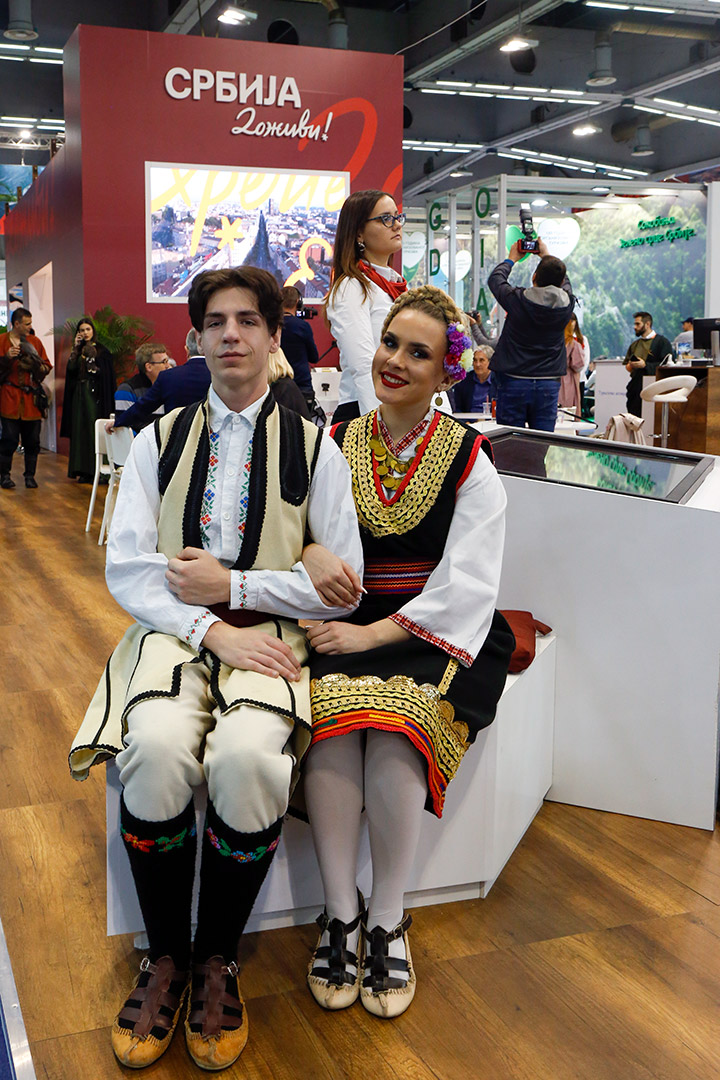 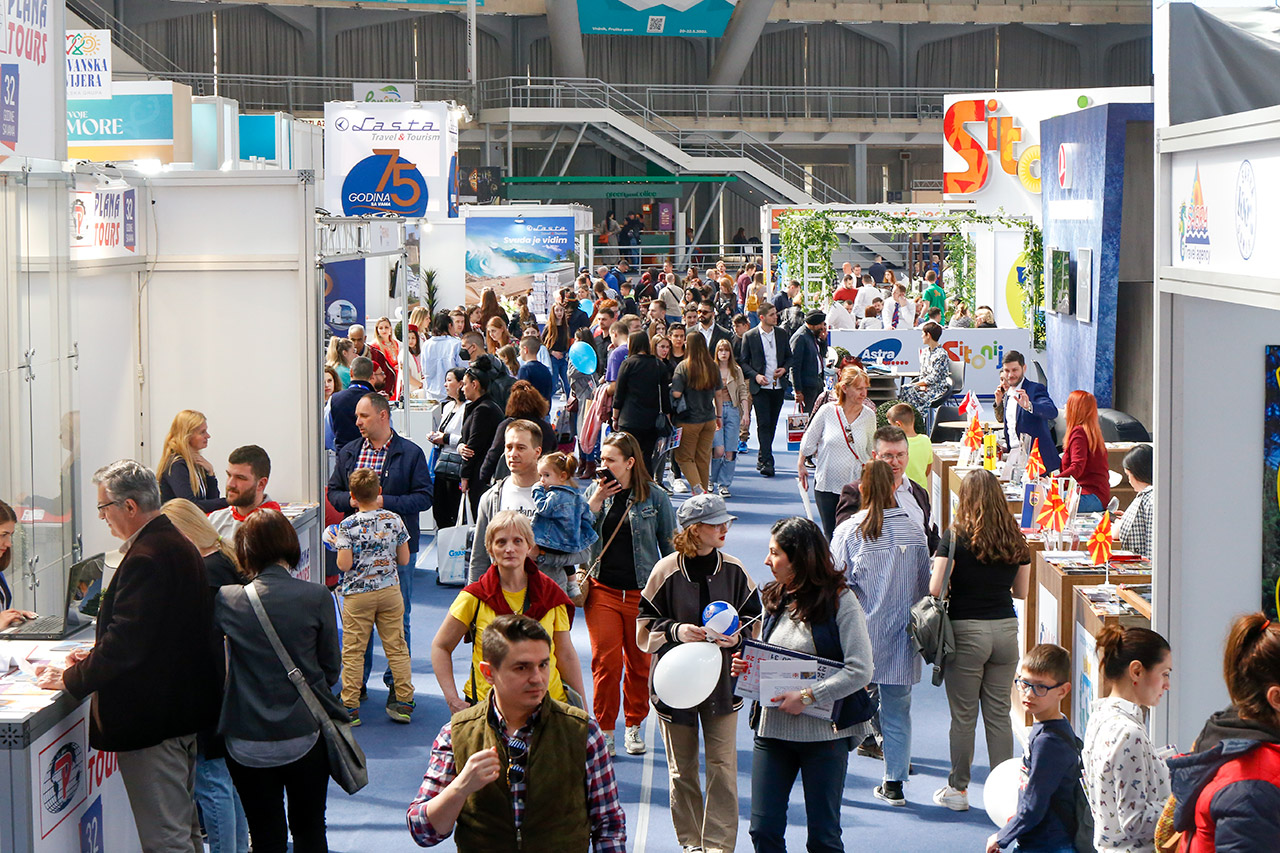 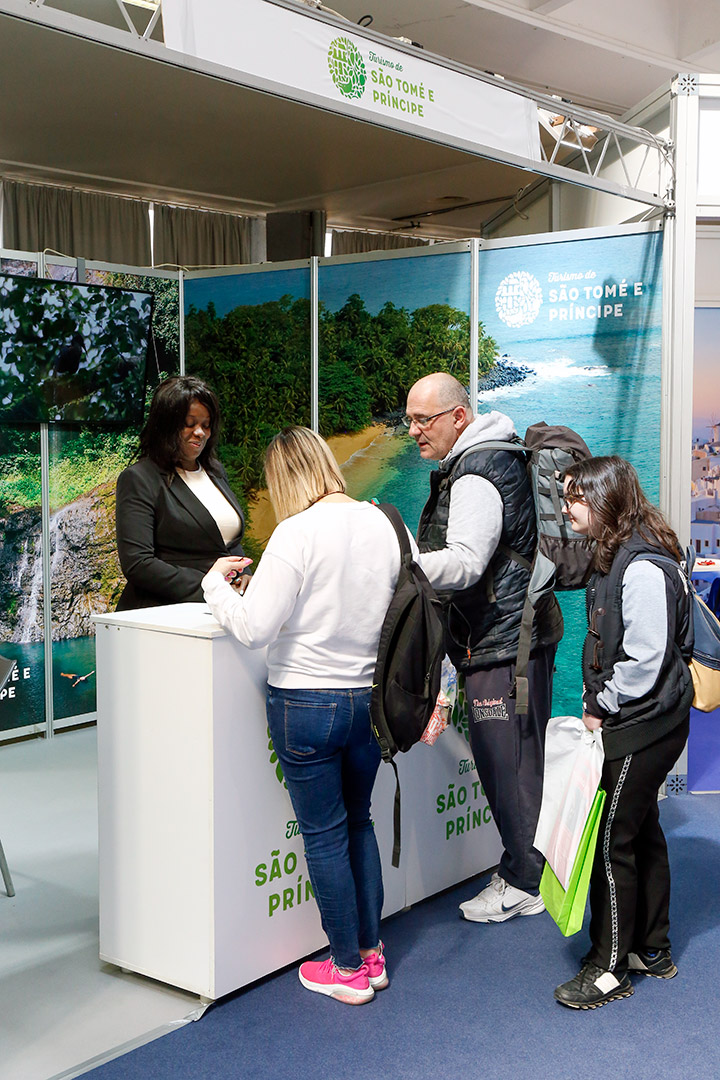 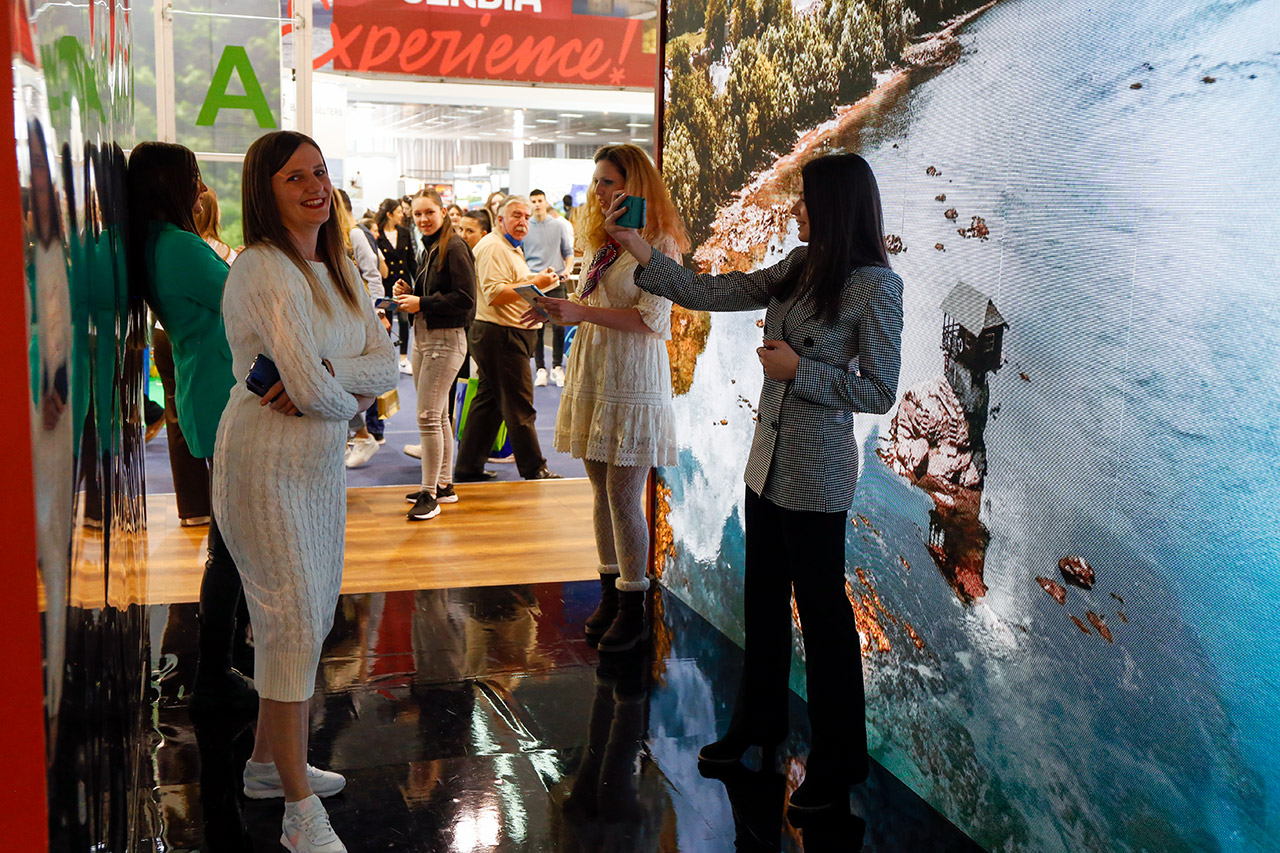 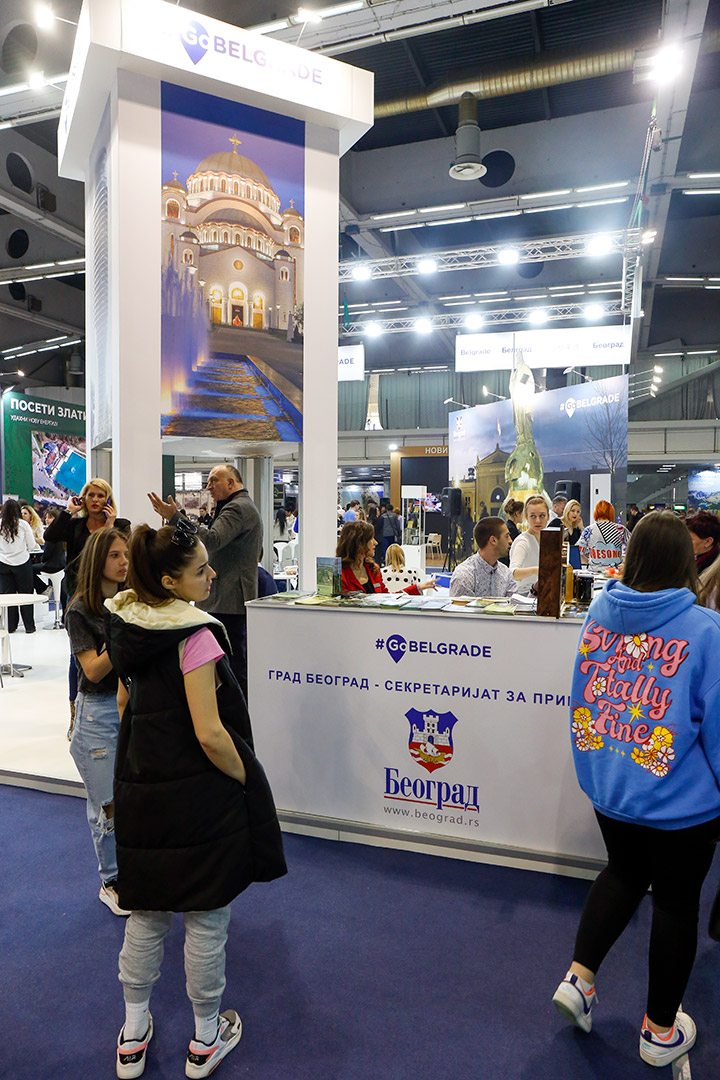 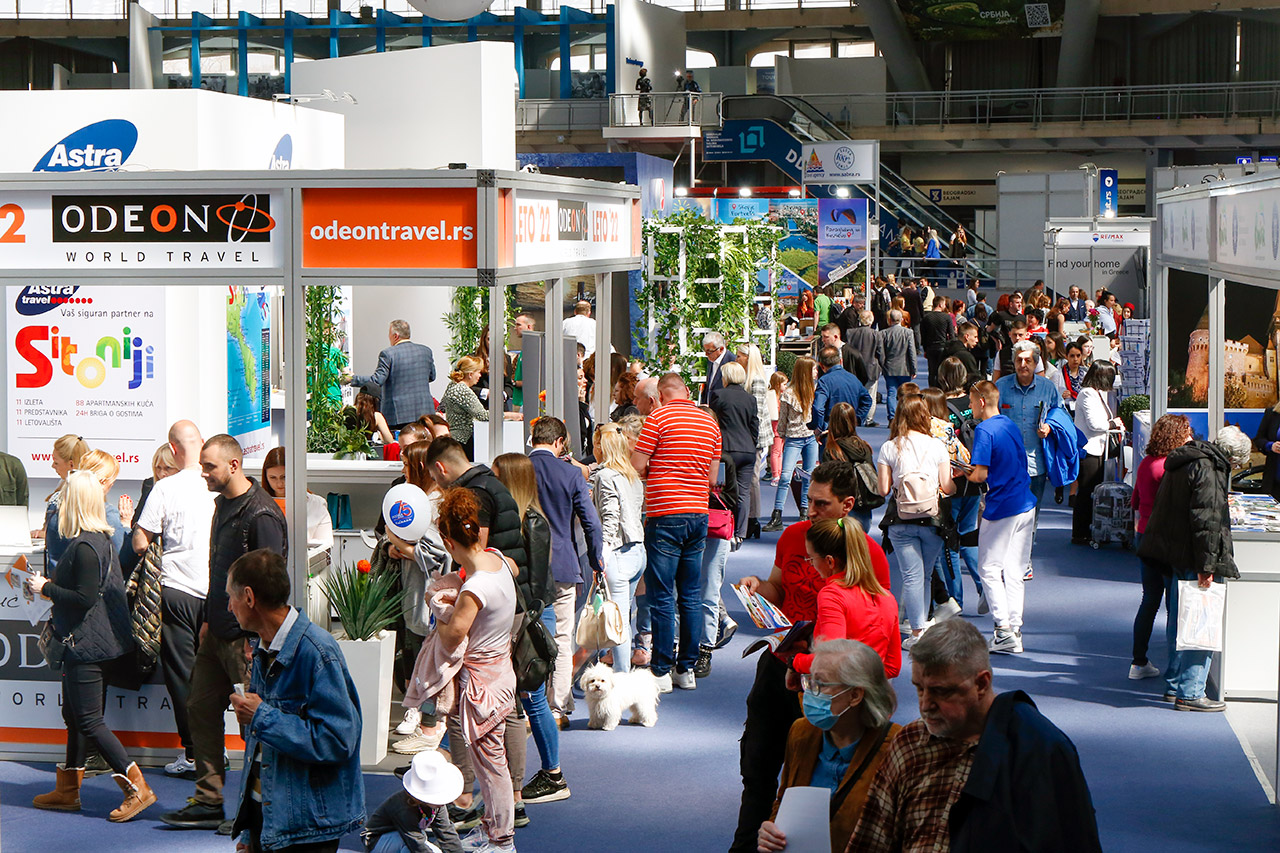 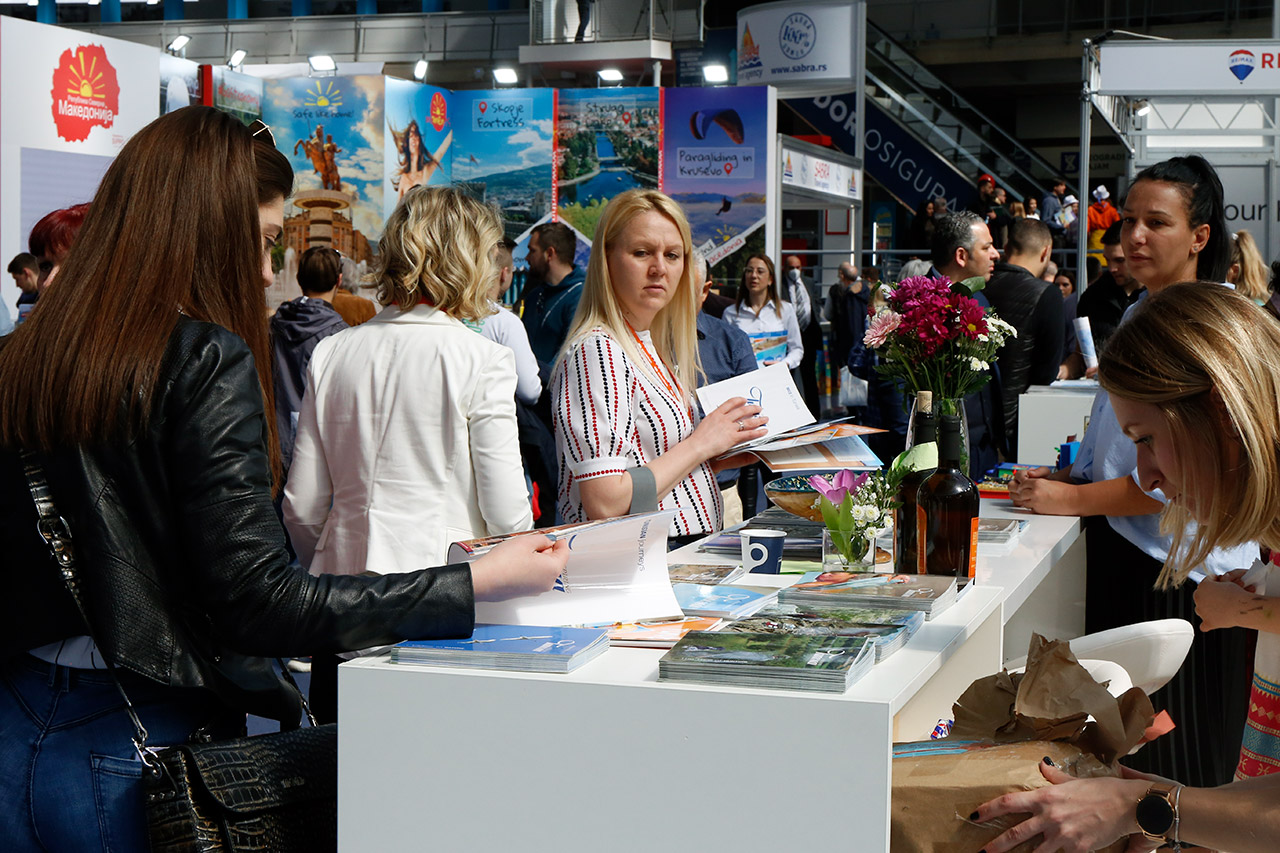 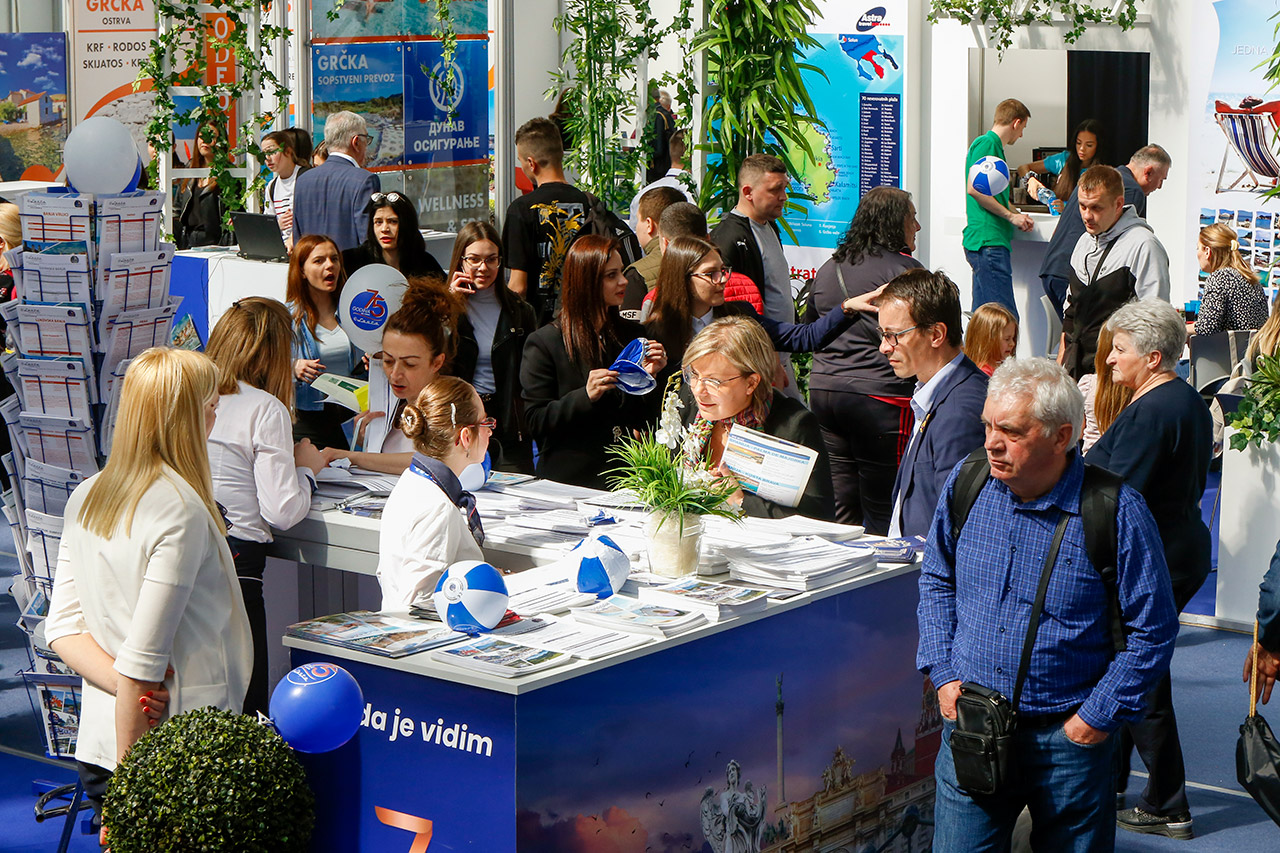 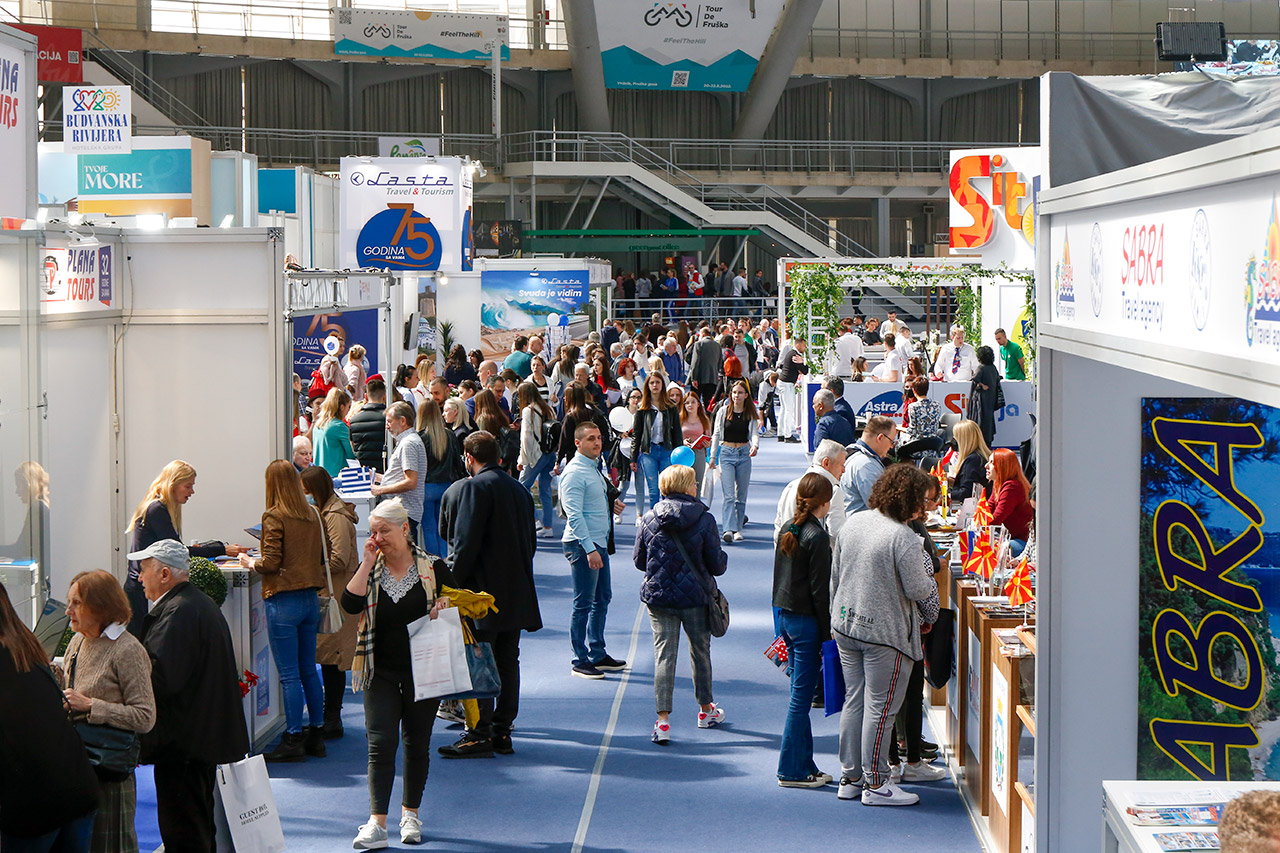 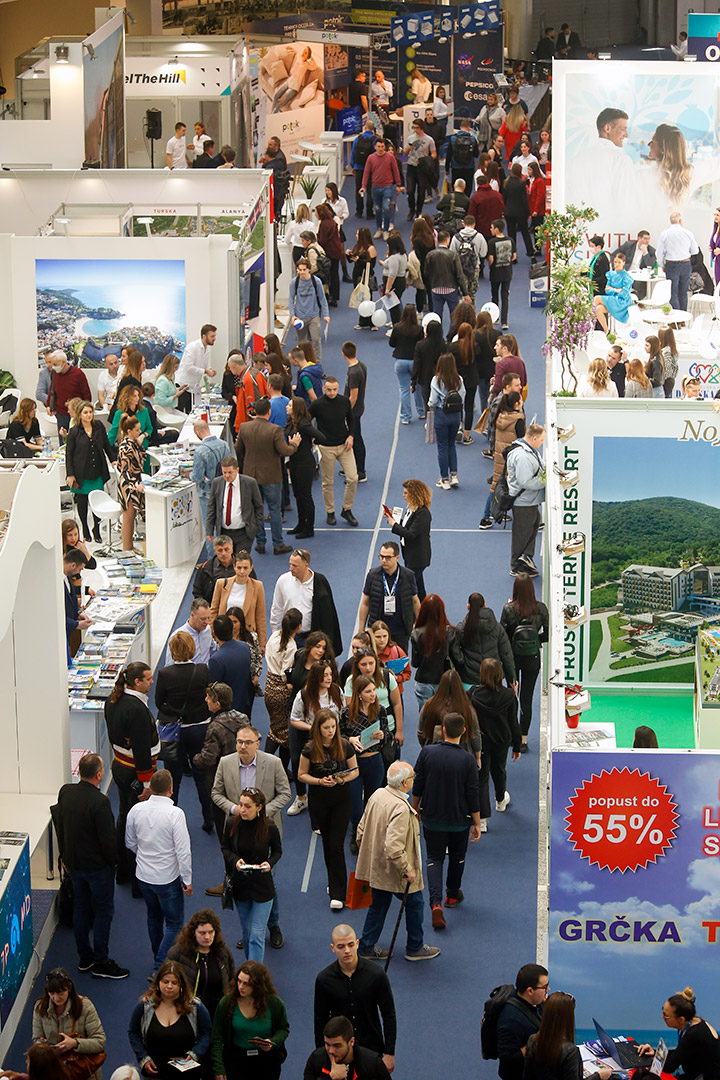 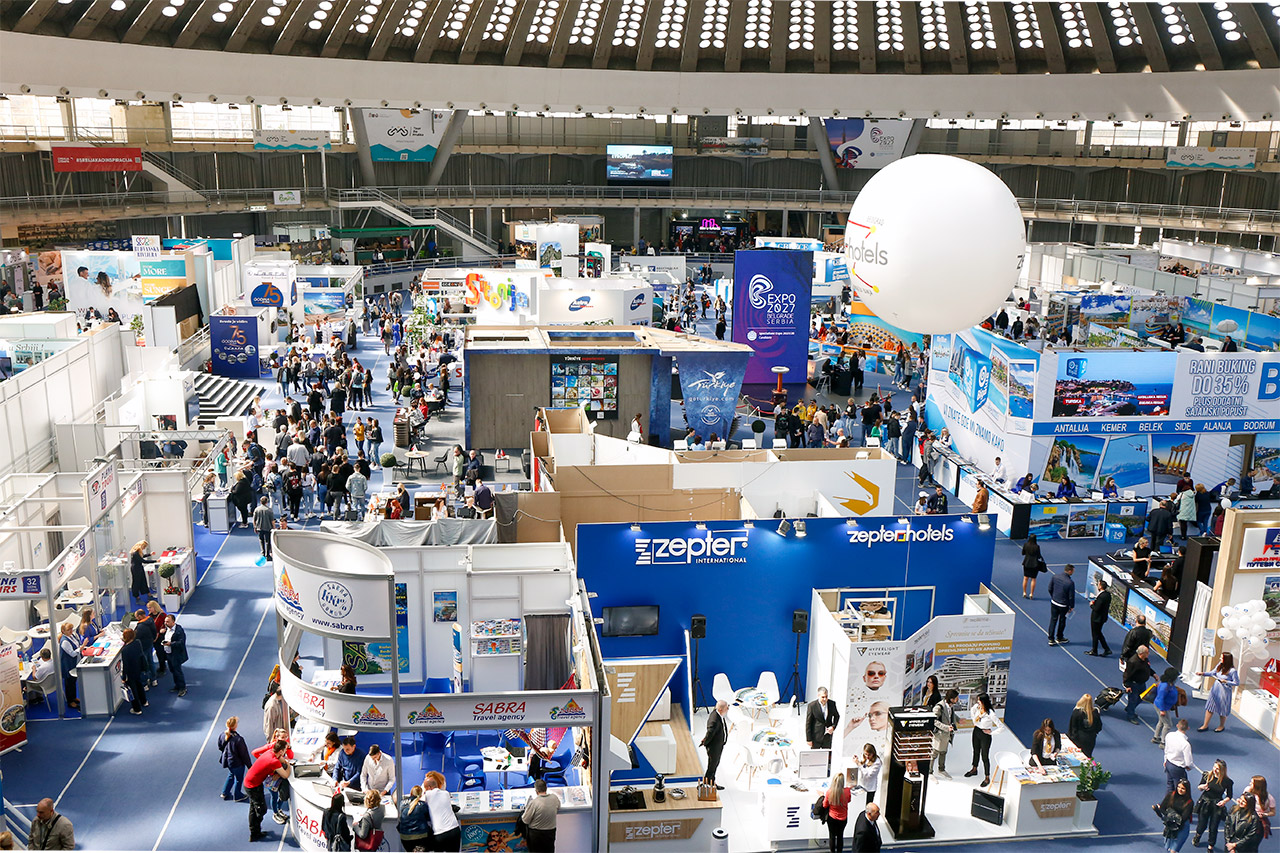 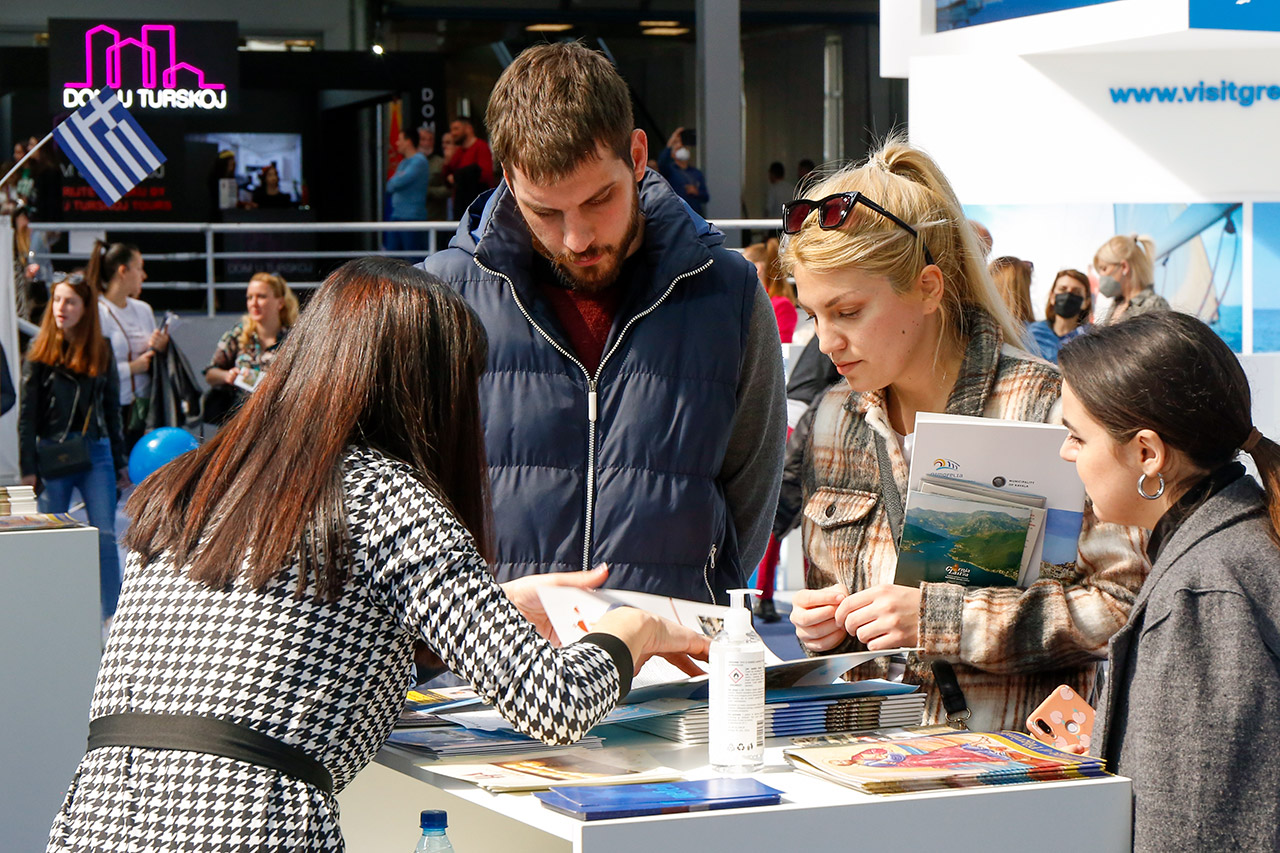